×
THE WARMTH OF WOOD, THE RESISTANCE OF BAMBOO
Prices »Sample »Orders »
Why is bamboo environmentally friendly?

SOME ASPECTS OF THE BAMBOO FOREST ACTING AS THE ECOSYSTEM 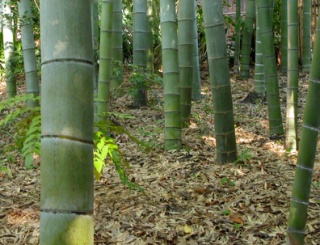 BAMBOO: dimensions and diffusion: bamboo is an evergreen and highly vigorous plant. It is a graminaceous plant whose dimensions vary considerably from one species to another (from a few centres to 40 metres in height), and is spread mainly around Asia and America, with a small number in Africa and Oceania, and nothing in Europe. It breeds in both the cold climates of Eastern Siberia and in tropical climates. Some species (including Mao Bamboo) grow extremely quickly (up to a metre per day), however most commonly grow approximately 5-10 cm per day.

WOOD OR BAMBOO, the differences: the most interesting difference for us between wood and bamboo is that the latter propagates into the environment via an underground network of rhizomes (roots), from which sprouts emerge constantly. The sprout turns into a culm, and reaches maximum height and thickness in one single season (3 or 4 months), before it becomes hard and increases in density over the next three to four years. Mao bamboo culms are collected during the fourth to fifth year of its life, once they have reached the maximum content of lignin and cellulose, and they are therefore very similar to wood. From the sixth year onwards, the plant can be attacked by fungi and mould which penetrate into the pulp and cause it to decompose. There is therefore a timeframe (typically from the fourth to the sixth year) during which cutting can be made easier allowing it to be used later on in the construction industry. Once cut, the culm does not grow again, rather the new culms continue to grow or sprout up from the ground in a continuous reproduction cycle of the forest. It is therefore not possible to cut off an entire forest or bamboo cultivation, given only certain stems are suitable for cutting, with those being either too young or too old not being of any use for this purpose. 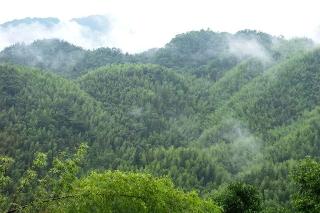 A RENEWABLE RESOURCE: Here it is clear that the fundamental difference between the timber woodland and a bamboo forest is the eco-sustainability in the first instance where the “entire capital” or part of it is intended to grow for a very long period, whilst in the second instance only the “interest” is taken from the continuous and steady growth of the culms after several years. This results in annual forest cutting in the region of approximately 20%. In fact it is common practice in forest management to write the year of birth on each plant so that the specific plant and not just the side can be cut, the latter of which may only have two years worth of life. For this reason, it is interesting to note that bamboo covered mountains are never ruined by deforestation, but they remain intact.

UNDERGROUND LAND STRUCTURE: another interesting element related to the forest ecosystem or bamboo plantation is that the soil beneath the bamboo tree is colonised for a depth ranging from 70 to 100 cm as part of a genuine underground structure of all the relative rhizomatic and compact roots, which allows the subsoil to be sealed correctly in the event of downpours, thus preventing the soil from eroding. It is for this reason that bamboo is used in many parts of the world on both steep and rough terrain too, because the culm is able to withstand any rainwater, which is located inside the cane.